System Requirements for our Plugins

Any VirtualStudioTechnology v3 instrument or AudioUnit compatible plugin host should work. We have tested:

There seems to be an issue when the blocksize of the host is set below 64 samples.There will be no output. Workaround seems to be to set it to 64 or higher, then once the plugin initialized you can try to set it lower again. This issue was reported for Cubase and Reaper on Windows, but may exist in other hosts and OS. Some DAWs allow arbitrary buffer sizes. In some cases this will lead to artifacts in the audio. Solution is to stick with buffer sizes multiple of 64 (64, 128, 256, 512, 1024 are safe choices).

For Cakewalk by Bandlab to load the plugin (PRO version), it must be configured this way: 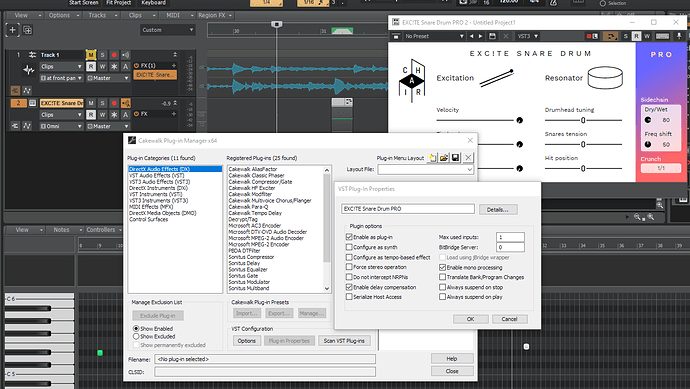