Getting started with the Tickle and Pure Data

After setting up the operating system specific requirements (Linux, MacOS, Windows) it’s time to open up Pure Data and start playing the Tickle.

Use an up to date Pure Data vanilla to install the newest chair library via the Deken external manager.

Make sure the audio input of Pd is coming from the Tickle. The output should go to your speaker/headphones. Select or route MIDI devices accordingly so that Pd can receive MIDI from and send MIDI to the Tickle.

Then open the Pd Browser and navigate to the examples in the chair folder. Explore the examples and enjoy the sounds.

Using the Tickle in a Linux Environment
Getting started with the Tickle and Max/MSP
ultranoise March 26, 2020, 9:08pm #2

Dear Max and rest of CHAIR team!
thanks for the great work, I am enjoying Tickle a lot while producing a work now with it

I have an issue running some examples with Ubuntu 18.04 and Pd 0.49 with Chair loaded from deken v0.81. Some externals (many other are ok) seem not to load: 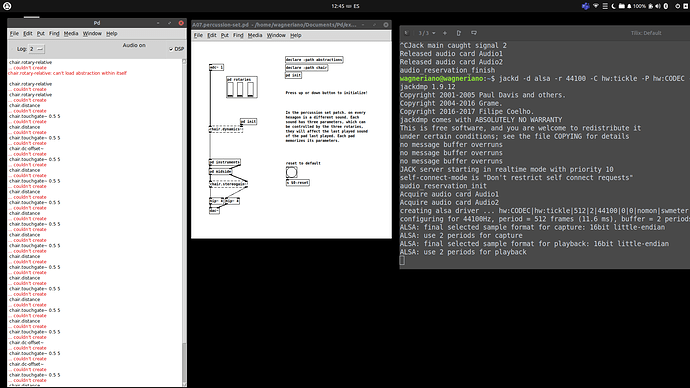 However if I open chair.dynamics-help.pd it loads but tickle~ fails 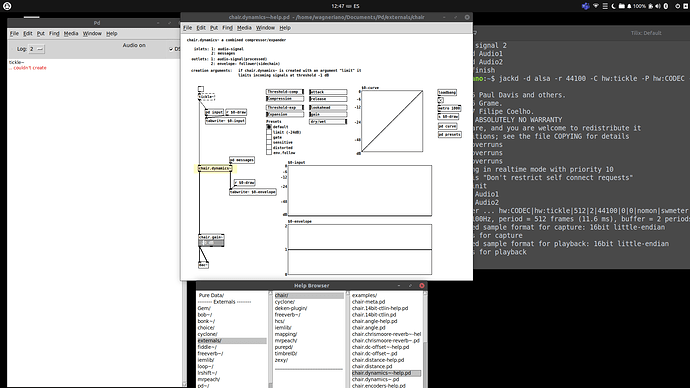 the rest of the “A” examples load well, but F and T examples fails due to the same reasons.

Any thought about this issue?
Thanks!

Hello ultranoise!
Thank you for the first user post in our forum!

The help patch for [chair.dynamics~] still had the tickle legacy object, I just fixed this in the git. Simply replace [tickle~] with [adc~ 1] to get the audio in from the class compliant Tickle. This will be included in chair abstractions v0.82.
For A07.percussion-set.pd it seems like the chair abstractions could not be found. The F series uses the Faust external, the T patches are meant as “tools”.

Let’s check the paths of your Pd installation.
When you install externals or abstractions through Deken their path needs to be known to Pd so you can use them in your patches. First go to the Deken preferences in Find externals… 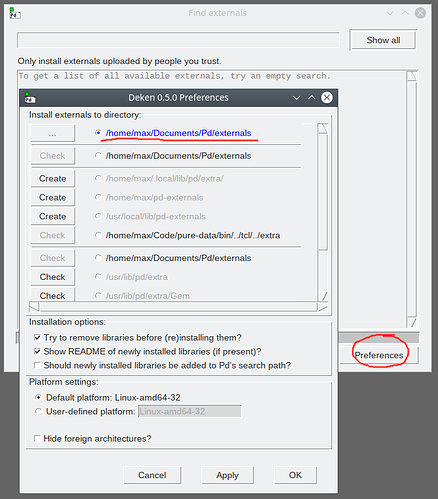 Deken_preferences694×792 63.1 KB
Here you see that my Deken is configured to install extra libraries (abstractions or binaries) into /home/user/Documents/Pd/externals. If that’s different in your case, that’s fine, just remember this path and check that it is set in the Path preferences of Pd. 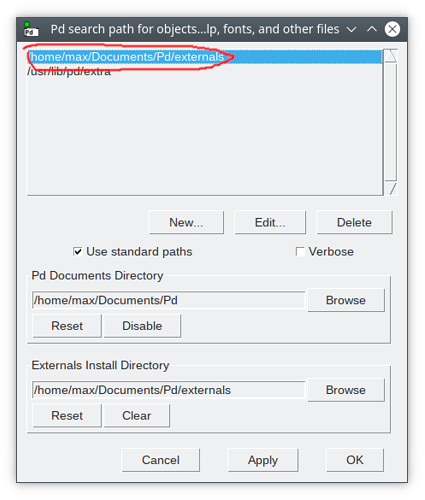 Pd_search_paths498×585 33.6 KB
In the search paths the directory needs to be set where the externals will be installed by Deken (the other path, usr/lib/pd/extra, is where the packages installed through the system package manager will be stored, on Windows and Mac OS you only have the Deken path). 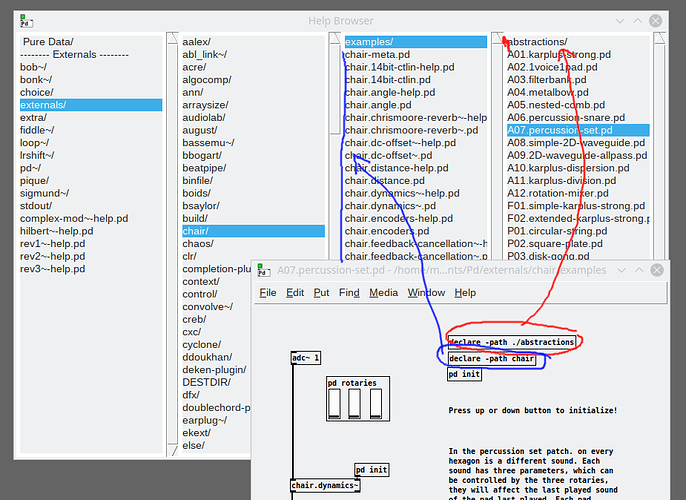 Linux specific: I see you use Jack as an audio back-end. That’s good. Did you set it up with your audio interface as in/out (duplex) and connect the Tickle through zita-a2j as described in Using the Tickle in a Linux Environment?